An affair to no END.
Anirban Mitra.
Calcutta, Sunday 24th of August. 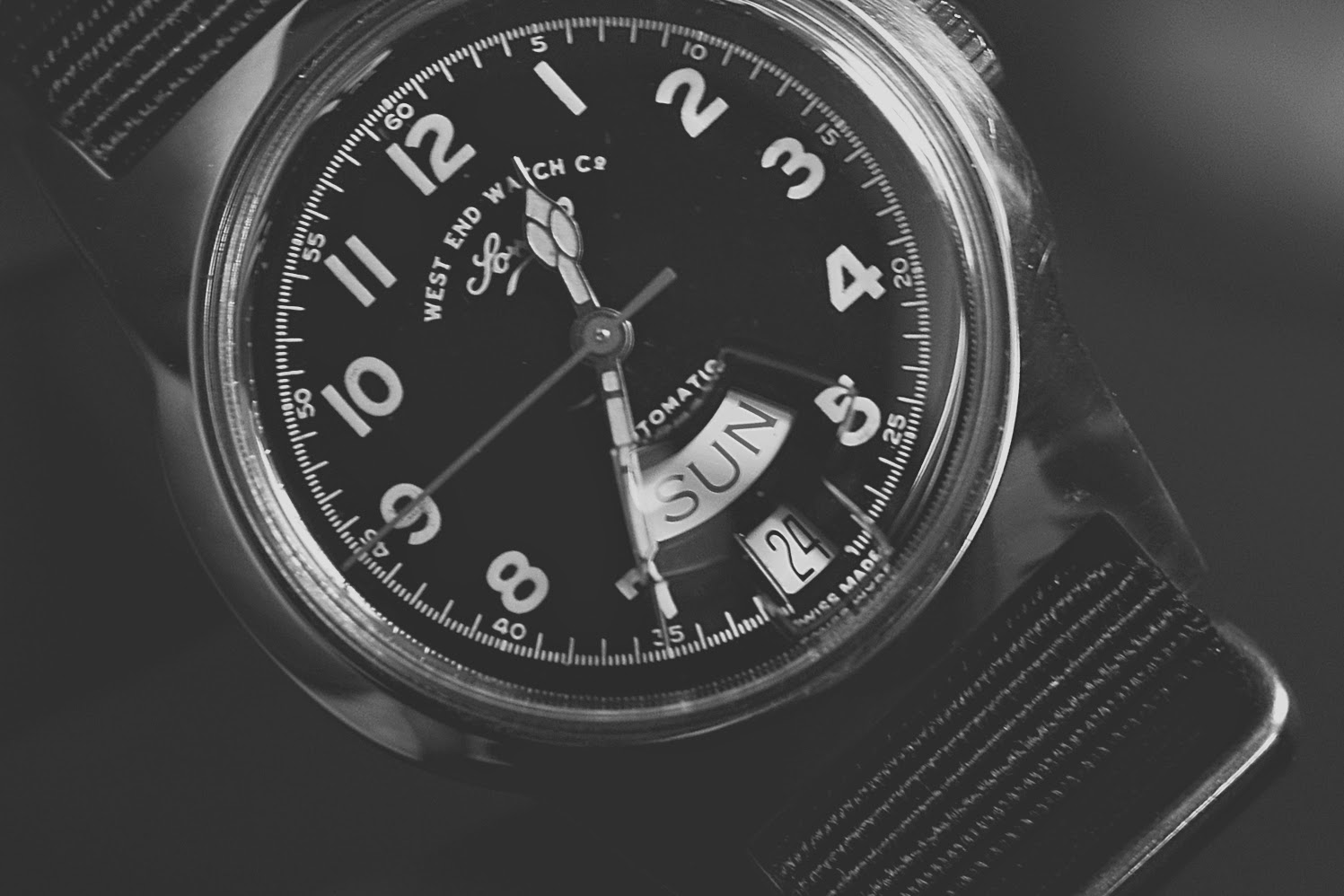 “Time stays long enough for anyone who will use it” – Leonardo Da Vinci.
A fine, mechanical wrist watch is probably one of the most beloved possessions of man – something very ‘human’…as it runs when you wind it or by the movement of your wrist. It is so very personal and attached to us…just like a pet. It is not independent like a battery driven machine…and hence we tend to develop a special bond with it. We know it is dependant on us J
Imagine, a small, coiled spring which could unwind itself in few seconds does so in 36 hours by the aid of complex engineering! In the history of time keeping - from sundials to tourbillon, so many illustrious brands have graced this supreme and timeless invention of mankind – our time keepers: The clocks and watches.
For me, and I am sure for many, one particular brand remains very special in that journey.
WEST END WATCH CO. Swiss made. Since 1886.
With India, the bond is historic. From Her Majesty’s troups to civilians, it graced generations...
In the recent times, remember Kareena Kapoor’s old wristwatch in the film '3 idiots'?
It was a West End Watch: a true classic and one of the best of Swiss horology.
I am sure, for many of us, there's a West End we possess or at least we know of there is. Don’t we?
I fondly recollect the joy of getting to see for the first time - my Grandfather's gold cased, full hunting, West End ‘Competition’ pocket watch. It was a high-end model of that era. The watch was taken out of the bank locker nearly half a century after his demise. The bold, Roman letters on the superb, enamelled, sub second dial looked riveting and the watch – regal. In the red velvet case, it seemed to be a pearl in the shell.
The expert technician delved into the watch with his eye glass. It was a 23rd January – Indian National Holiday on account of Netaji’s Birthday. The service centre was opened, by appointment, exclusively to attend my Grandfather’s watch so that the work could be done uninterrupted, in quietness and peace. I sat anxiously as the adventure unfolded…
“This watch was last serviced in 1954, right?”  I was taken aback by the unexpected deduction.
“Yes, probably, it was the last time before my Grandfather died in 1958.
I heard my father told me the watch used to be maintained by the famed Abrecht & Co. of British India, but how did you infer?”
What Holmes would have termed ‘elementary’, came from the technician as:
“Hmm. In almost microscopic size font, they have inscribed the date on the case inside back.”
The comprehensive servicing was completed at 9:30 p.m in a neat 4 hours job.
I remained a patient and amazed spectator waiting to see the long awaited continuity of the past in the present.
And finally that wonderful rhythm started to play: tick tock, tick tock… The old, gold watch looked and worked like a showroom piece.
Handsome beyond compare, pristine, spotless and with an attached gold chain, it came as a gift for the bridegroom from my Grand Mom’s home!
The recollection makes me excited, whenever I think of the episode -the unmatched joy of seeing the watch ticking (after 50 years of rest). It was a moment of truth and a sense of great contentment for me to place the newly serviced watch before my father. It was a rejuvenation of fond memories of profound association.
It is about such joy of restoring and preserving these treasured heirlooms. Of hunting and procuring NOS (new old stock) models which erratically (and rarely) pop up from old shop attics ; and then getting the right wrist straps befitting these old world models!
One day, one of my friend (a fellow watch aficionado) told me:
“Anirban, great news, that shop, I found has got a stock of vintage, but unused West End Watches! 1950s Sowar Prima. Daisy fresh. I got one for myself …people are picking in 2s and 3s…rush, rush !”
Oh, what a discovery!!
And there are so many other lovely memories and trivia - that’s the essence of the relationship with this great brand.  Each West End Watch that I had inherited or have bought has some special story and adventure around it. No wonder, cause the brand epitomises strength and adventure!
Great watches, great moments, great memories…
The love affair with West End has no end!!


And the relatively lesser known: 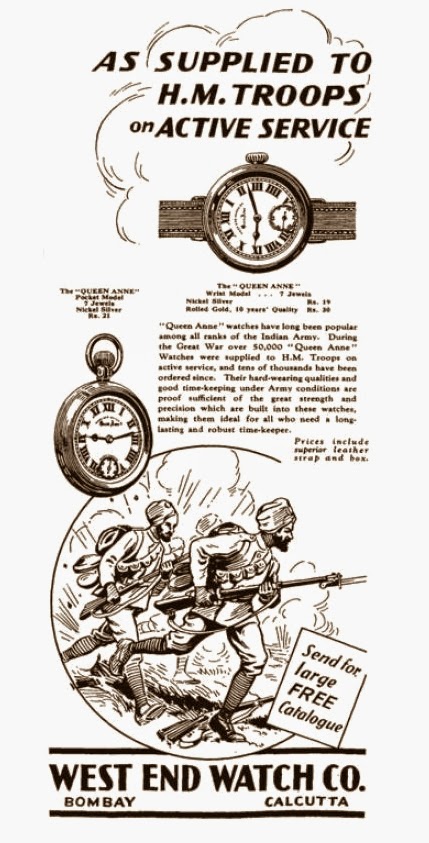 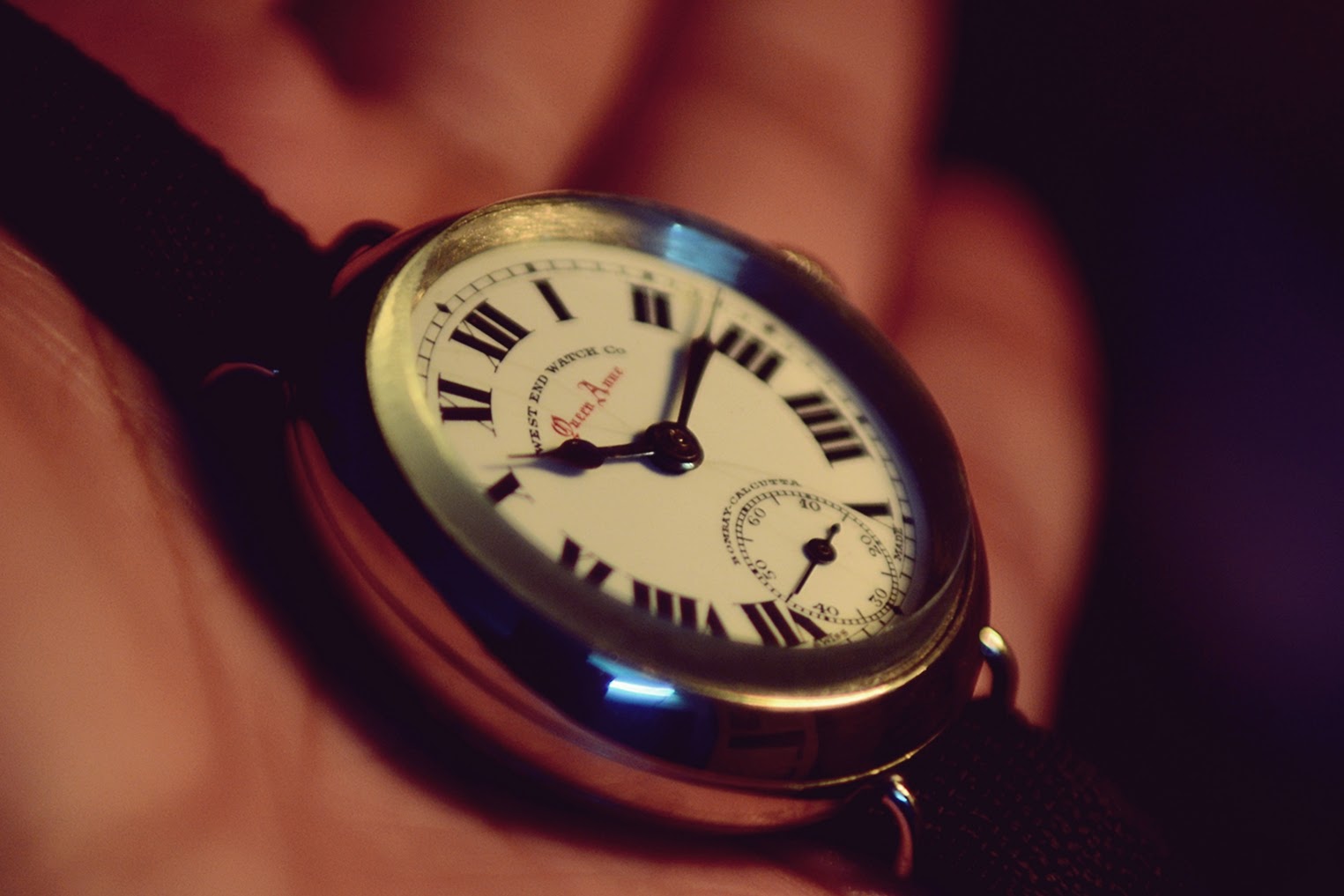 At the beginning of the 20th century, a model was launched, called the Sowar — the cavalryman —
a tough watch that could be kept in the pocket or worn on the wrist.
It soon came to the attention of the military, and in World War I, tens of thousands of Indian soldiers bought Sowar watches before leaving on campaign. 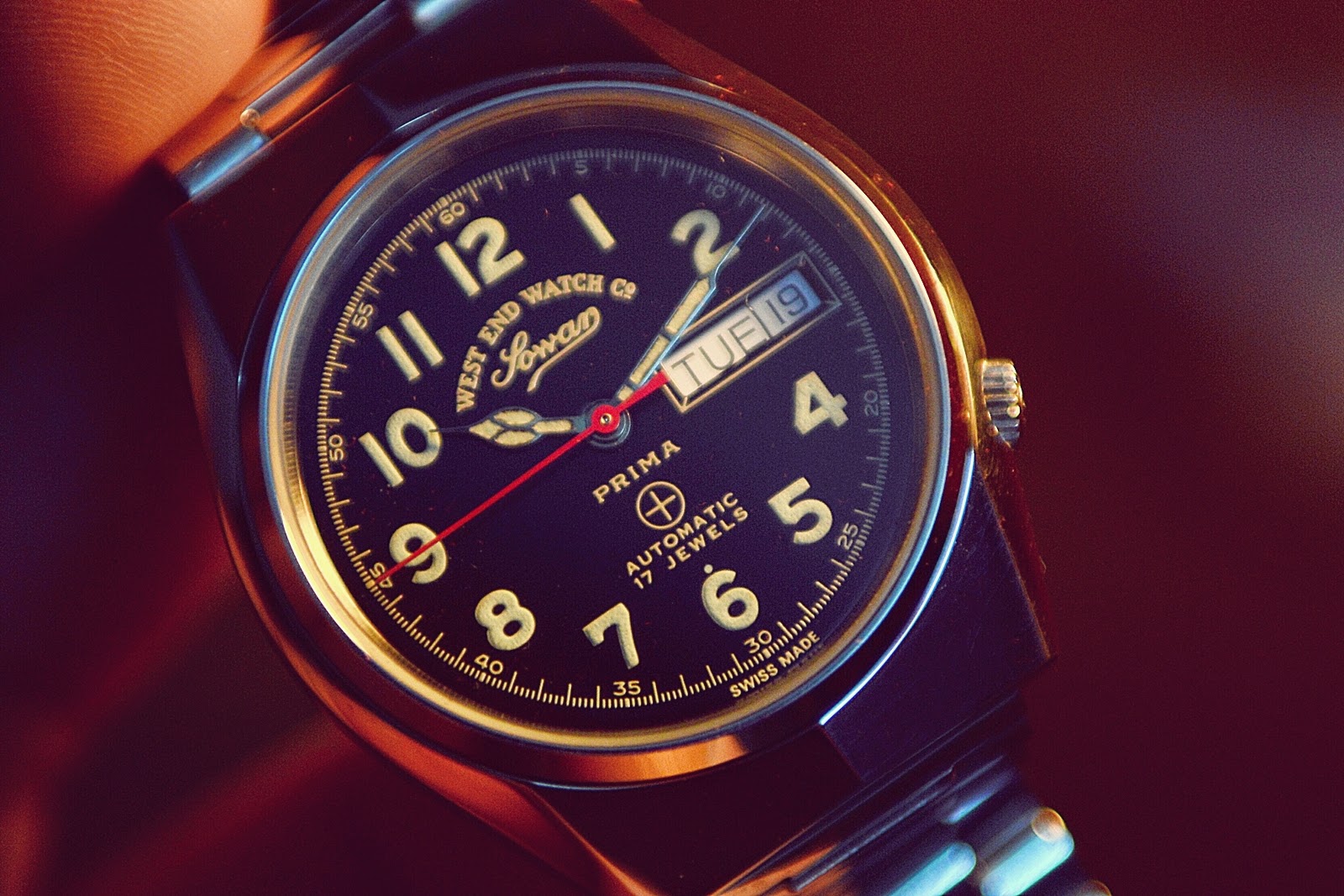 By 1934 the Sowar was a modern wristwatch, the first with the Incabloc™ anti-shock system.
Today, after more than a century, the model follows the same concept — robust, clear and functional — with a trustworthy feel and look. 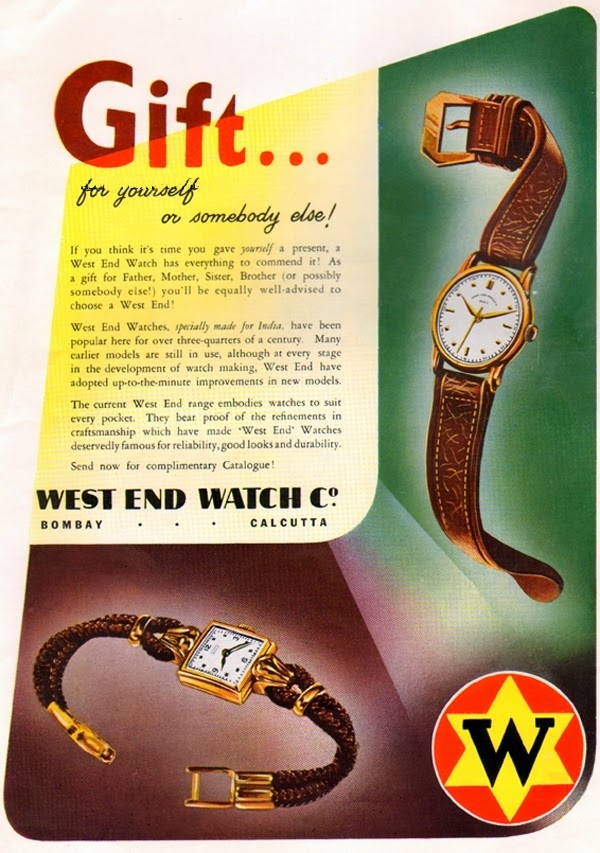 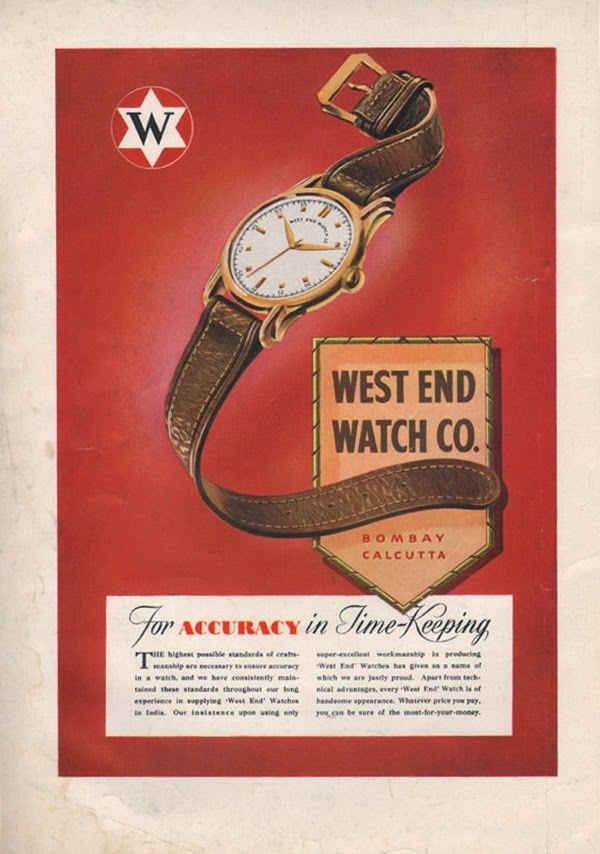 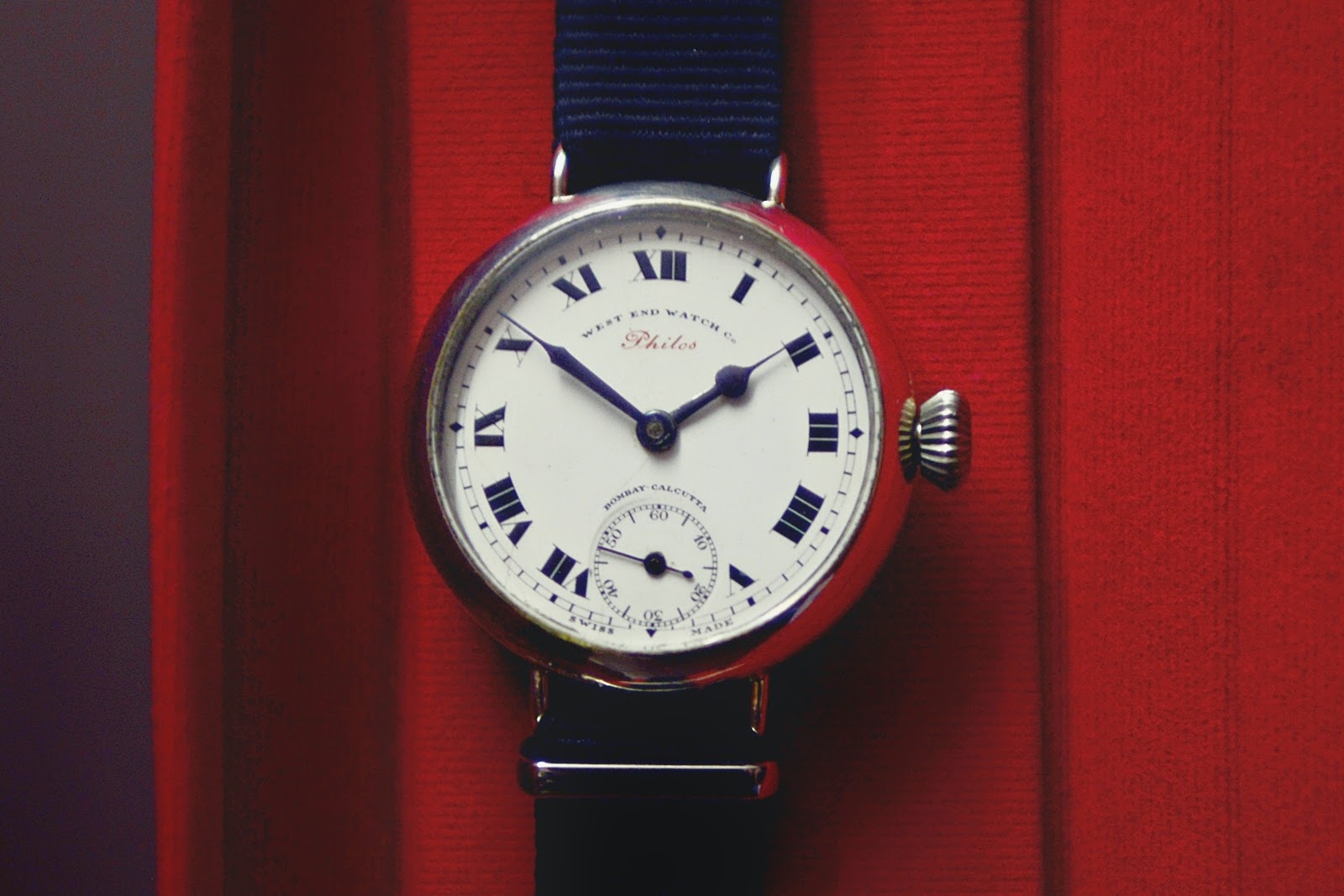 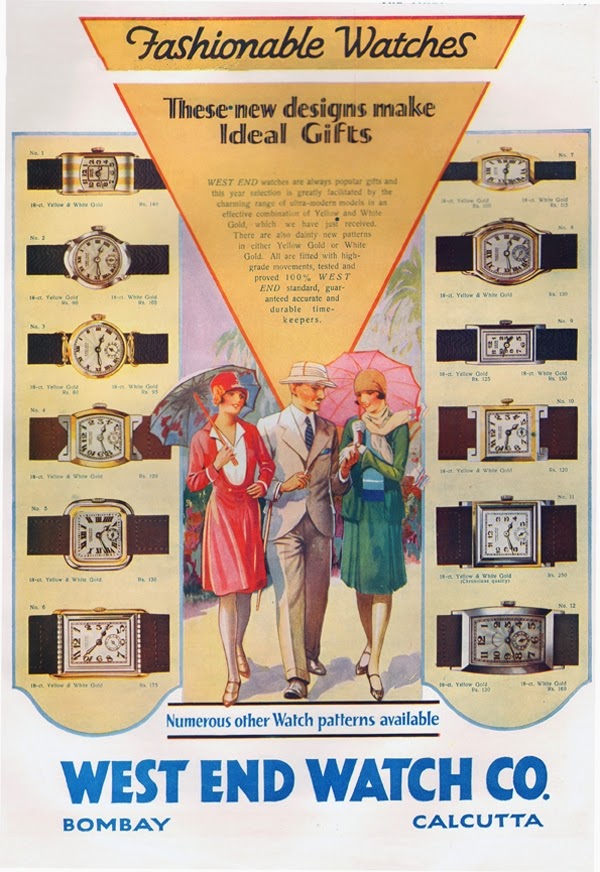 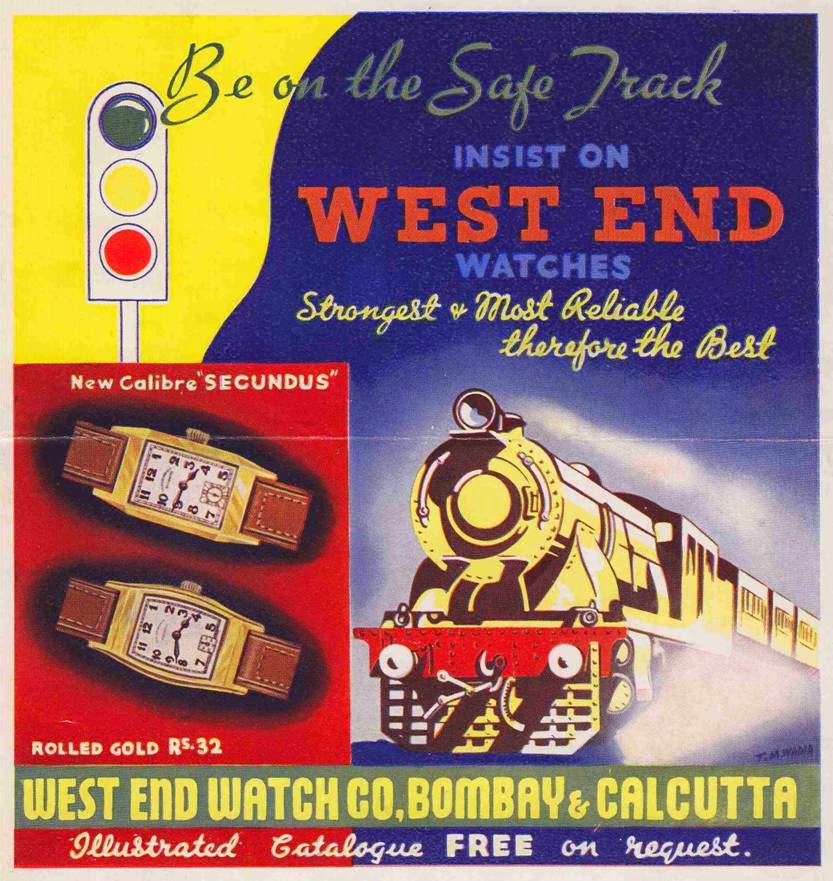 In India, West End watches proved their excellence in their use from the end of the 19th century by all the staff of the main railway companies, the post and telegraph offices, the police, the ports and the Indian and British government administrative services. 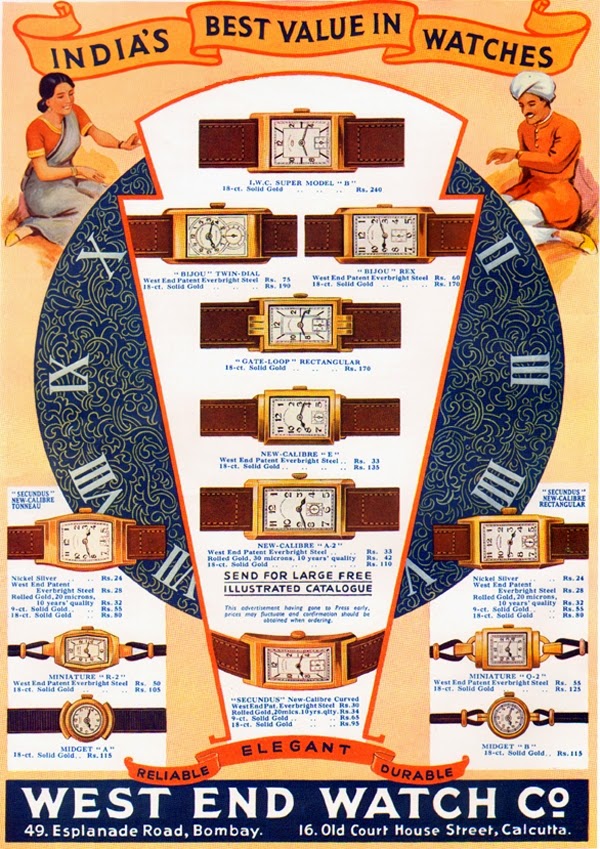 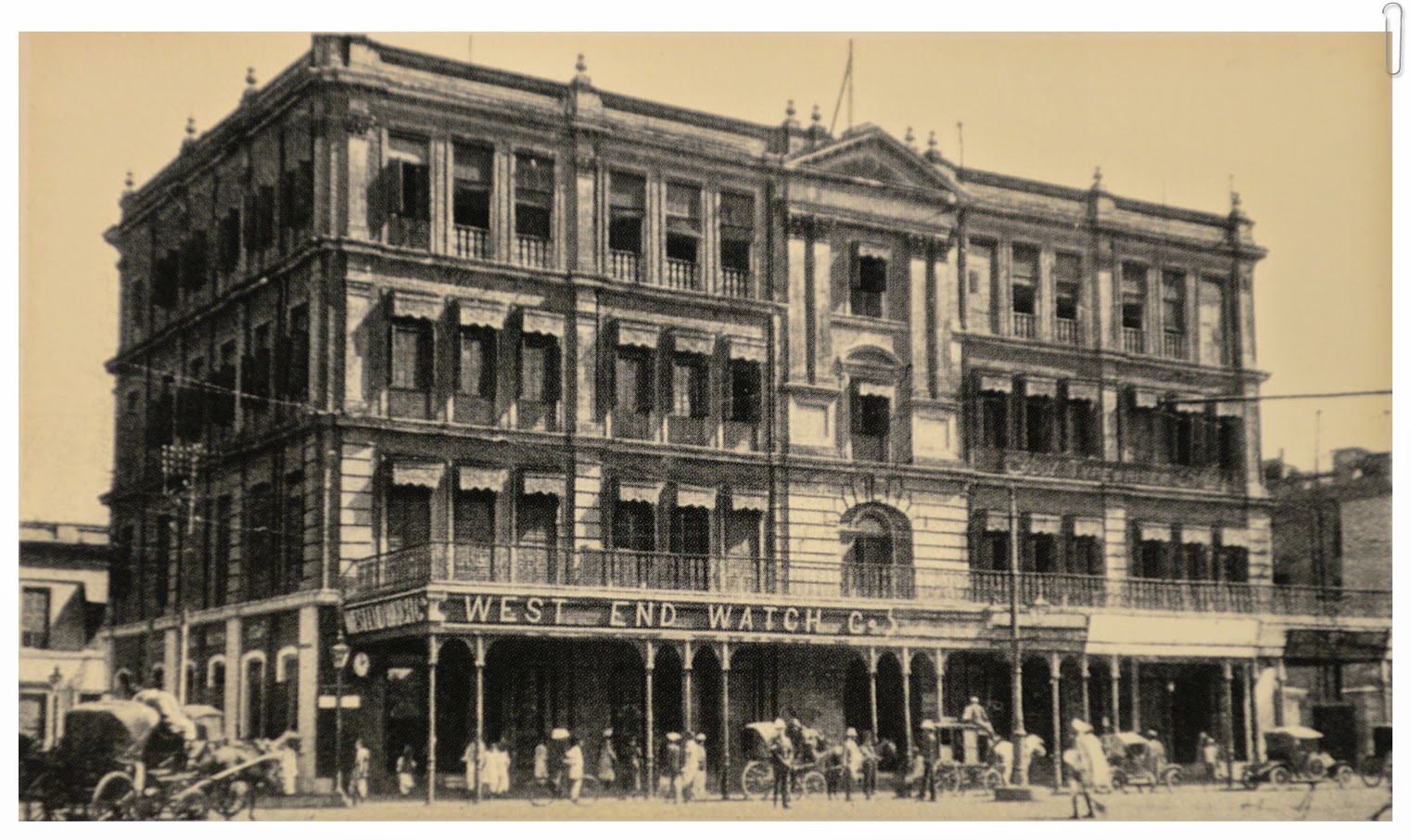 The West End Watch Co. in Dalhousie Square, Calcutta.
From a postcard published by Thacker, Spink & Co.
Photograph by Johnston and Hoffmann, circa 1908.